Signs Your Fish is Sick

A diseased fish can be a detriment to your entire tank. By conducting a detailed visual examination of your fish to recognize any skin abnormalities and behavioral changes, you can help prevent or deter diseases from claiming your aquarium inhabitants.

Parasitical, fungal, viral, and bacterial diseases can effect many body systems at the same time. These diseases can be highly contagious, especially to other fish within the vicinity.

At the beginning, only one fish may become ill and it may seem very easy to handle. However, if precautions are not taken, all the fish in the aquarium will quickly become ill in a very short time.

Careful physical and behavioral examination is recommended to detect any changes in the fish before the infection spreads and knowing what to look for in the beginning of the infection will assist in the safety of your aquarium. 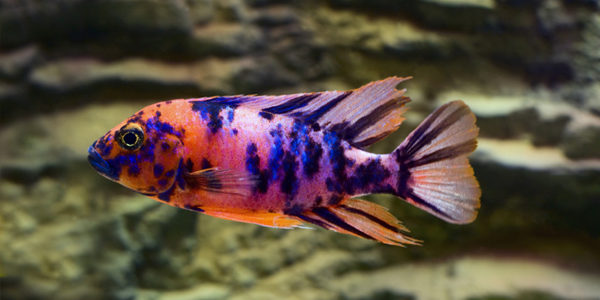 Abnormalities on the fish’s body and its behavior are clues about the type of infection. Fish are usually active; therefore, behaviors such as floating, sinking, and hiding are often signs of a sick fish.

Another unusual behavior is scratching against objects in the tank due to skin infections (parasite invasions). Lesions, spots, and puffiness on the fish’s body point out parasitical infections or chemical irritation.

High levels of ammonia in the water can also harm fish; red streaks on the body and swollen red gills indicate bad water parameters. Wounds on the skin can be a result of bacterial infections or a bite from another fish.

If your fish is having trouble breathing, it will be gasping for air at the top of the tank, signaling unbalanced oxygen levels in the water. Clamped fins indicate water pH levels are below or under optimal levels. This abnormality can also be seen during parasite invasions. Internal digestion problems make fish bloat suddenly, which indicates bacterial infections.

If a fish sinks to the bottom of the tank, this means the fish is at the end of its life.  Sometimes it will stop eating for more than two days. This is the sign of stress, which can be seen when introducing new fish into the aquarium, overcrowding, or inappropriate environmental conditions.

New tank syndrome affects aquarium fish when the water ammonia level is increased. In the new tank, ammonia levels can increase faster due to a lack of beneficial bacteria. If the water is cloudy in a new tank, your fish may die suddenly. As prevention, a tank nitrogen cycle should be completed prior to the addition of fish.

Vitamin deficiencies cause impaired fish development as well. Scoliosis and slow growth indicate a nutritional deficiency, while  loss of balance and swimming problems are signs of a Swim Bladder.

Common parasitical diseases such as anchor worms, Black Spots, Ich, Oodinium, External Parasites, and Planaria can severely harm your fish and its tank mates. Anchor worms are a whitish-green and red worm that exists in wounds and the skin of the fish. Black speckles on the body indicate Black Spot Disease. Ich is extremely deadly and manifests in small white pimples on the skin and fins. Gray to gold dust on the fish’s body points to Oodinium. Unpleasant sores on the skin are external parasite invasions and small white worms resembling hair are Planaria.

Pop Eye, Dropsy, Fin Rot, and Hole-in-the-Head are several varieties of bacterial diseases. Protrusions of the eye indicate Pop Eye Disease. Enormous abnormal expansion of the stomach with a loss of appetite is the sign of Dropsy. Fins become jagged and white in the case of Fin Rot Disease.  Hole-in-the-head manifests with small holes around the head.

Fungal infections are the sign of decreased immunity due to deficiencies of essential nutrients in the fish. Cataracts and Cotton Mouth are common fungal diseases. A foggy appearance in the eyes indicates cataracts. Cotton Mouth manifests by the proliferation of white fungus on the mouth.

Moreover, lice is another disease that disturbs fish and causes skin irritation. The disease usually affects outdoor or wild fish, which were transformed to indoor aquariums. Lice carry bacteria and viruses and infect healthy fish.  Lice can be distinguished easily on the skin of the fish as flat, dark, oval dots.  If the fish starts rubbing against the tank glass and red spots appear on the skin, the symptoms may indicate lice invasion.

Remember, you have to act as a detective when it comes to your fish’s health and well-being.  Always keep the water parameters where they need to be and check your fish every few days to ensure their body, eyes, fins, and mouth is unharmed and unsuspecting.  By doing so, you and your aquarium of fish will live a long, healthy life.