When you have your own tank, you want to keep those special fish that will impress everyone. Of course, you will find pleasant, colored fish in pet stores, but most of them are common.

On the other hand, you will not see too many tanks with exotic freshwater fish. They are easy to maintain once you understand their basic requirements and they will take you to a whole new level in fish keeping.

Here are some funky freshwater fish for your tank:

This is a special fish that you will not encounter in many tanks. It has a long, slim body and, unlike other fish, its body does not end with a tail.

The Knifefish moves its body in a smooth motion, making them a real pleasure to watch. They can grow pretty large, but it depends on what kind of Knifefish you have.

Some of them are “electric,” which means they have an unusual electric load in their bodies. Before you add this fish to your tank, make sure you don’t have any aggressive species that can easily attack if they are disturbed. 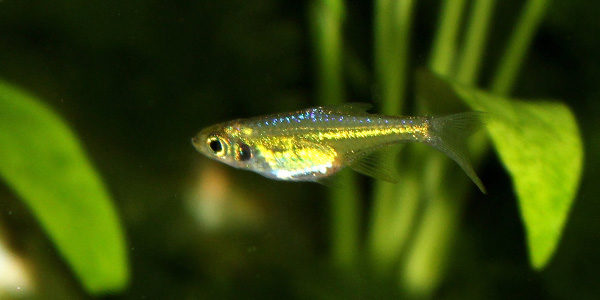 When you have a tank filled with plants, you need some small colored fish to make everything seem more alive. In this case, the Neon Yellow Rasbora is perfect for your aquarium.

The Neon Rasbora will be maximum of one inch when mature, so you can add as many fish as you want in your tank. They are very active and love to chase one another, so you will have a spectacle to watch at all times.

Besides, you don’t have to struggle too much to give them the perfect temperature or lighting; they don’t have any strict requirements as long as the temperature is constant.

Make sure that you don’t keep them in the same tank with large fish or small Rasboras can easily become a target. 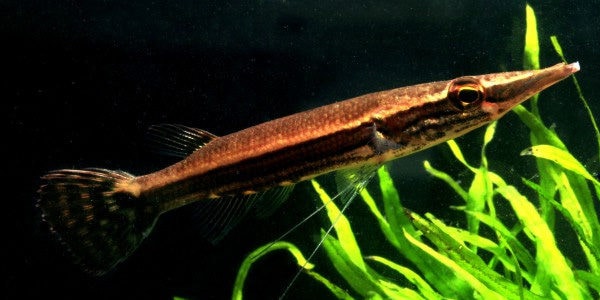 This small fish has some strict requirements, but nothing a beginner aquarist can’t handle. A male can grow up to four inches with the females slightly smaller.

If you want to keep this fish in your tank, you have to have a very good filter such as Eheim 2213 Canister Filter, as the Peppermint fish can’t handle unclean water. The water needs to be pretty cold, not more than 77 degrees Fahrenheit (25 Celsius) and you have to pay attention to the parameters all the time.

This is one of the most spectacular fish you can keep in your freshwater tank. They are not very large, growing to a maximum of five inches, but they have long pectoral fins, hence the “butterfly” name.

This fish will practically stay at the surface of the water constantly trying to find food. The temperature needs to be constant, between 77-86 degrees Fahrenheit (25-30 degrees Celsius).

They will survive in colder water, but will not develop properly. Also, make sure you have a cover on your tank otherwise you will have to pick your Butterfly fish up from the carpet every few minutes. You can keep them with other species, as long as they don’t spend as much time on the surface.

They will defend their territory and kill any other fish that hunt in the same place as them. 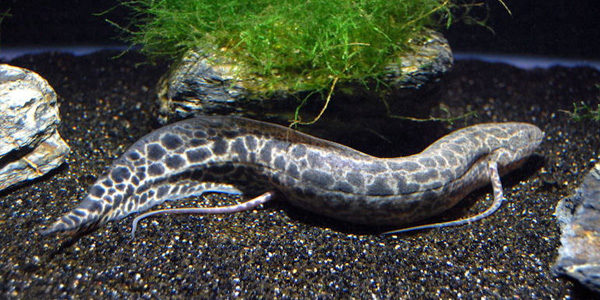 One of the oldest fish on earth, this fish adopted its name from the leopard splotches covering its entire body. It is usually found in Africa, but many aquascapers keep this fish in their tanks.

It is clearly not a fish for beginners or small tanks, as they can reach to over six feet long at maturity. The fins are long and smooth and their pigmentation may change with age.

In their natural environment, they eat insects and other small fish, so if you plan to bring one into your tank you have to pay special attention to its diet.

The spectacular thing about the Lungfish is that in its natural habitat, it will bury itself in mud and wait until the dry season passes, not eating or swimming during that time, and can survive in the mud for over three years.

An absolutely spectacular creature to have in your tank!