The Blind Cave Tetra is a very interesting fish from the physical point of view. It gets its name from its lack of eyes, a feature that makes it very special. The most interesting part is the fry hatch with fully developed eyes, which degenerate and are reabsorbed during the first few weeks of life.

This feature has developed during ages spent in dark caves found in deep waters, where eyesight is basically useless.

It is also known as the Mexican Tetra, although the Blind Cave is only an albino variation of the actual Mexican Tetra.

In the aquarium, the Blind Cave Tetra only reach a maximum of 4.7 inches long and one can hardly tell males from females, as they have the same features.

This fish, as an albino variety, has a pinkish color with iridescent silver lines across the spine, while the Mexican Tetra has a drab, silver coloration. 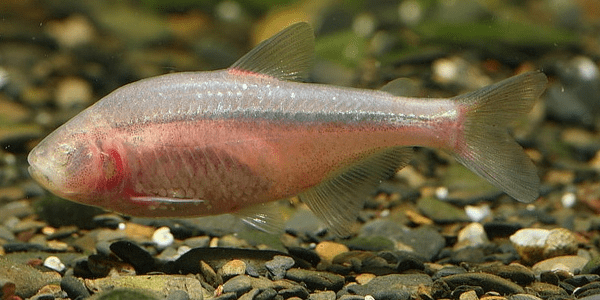 A suitable tank for a small school of five or six Blind Cave Tetras should be no smaller than 29 gallons, as these are some of the largest in the tetra family (they reach about 4 inches long).

Water pH should be between 6.5 to 8.0, and temperature should be kept between 68-77° Fahrenheit. The Blind Cave Tetra feels most comfortable in hard or moderately hard water.

It is very important to keep the water very clean by having the highest quality filter available for your tank. The best option would be a hang-on filter, as it is very durable and also provides great filtration.

Their natural habitat is rocky and dark, thus the home tank should try to recreate it as closely as possible. To achieve this, create plenty of hiding places and put dark gravel as a substrate, while keeping the light very dim.

Plants and other decorations are only for the owner’s delight and will not help the fish in any way.

The Blind Cave Tetra usually stays in the middle of the tank and often searches the tank bottom for food.

In the wild, the Mexican Tetra eat whatever it could find in the substrate like worms, insects, or crustaceans, but they can thrive on a processed food diet in the aquarium. However, they eat whatever falls on the tank bottom like flakes or pellets.

Occasional supplements like daphnia, black worms, or brine shrimp will be acceptable and also provide extra protein and other nutrients. You can also give them live food from time to time, as well as frozen food.

If you worry your Blind Cave Tetras may not see the food in front of them, understand their olfactory senses are much stronger than other fish, as compensation.

Also, their taste buds are spread all across their heads to help them tell food apart from decor and tank mates.

Mexican Tetras are prone to basically any disease effecting freshwater fish, which is why the water needs to be very clean to avoid spreading of bacteria.

Also, avoid all sudden changes in water parameters, as this is known to stress out the fish and weaken their immune system.

As a precaution, always keep newly acquired fish separate from your established tank for about two weeks to allow you to identify any signs of illness.

The Blind Cave Tetra is not necessarily a schooling fish, but in the wild they do tend to keep together for safety in numbers. This is why, even in the aquarium, they would feel more comfortable in a school of at least six.

In the aquarium, the Blind Cave Tetra is usually a peaceful fish, though it has been noticed to become more aggressive while aging. Fin nipping may take place accidentally during feeding when the tetras may mistake other fish for food, especially if they are very slow moving.

This only happens because the Blind Cave Tetras search for food with their mouths and grab what they can.

The Blind Cave Tetras live peacefully alongside same-size fish or even larger ones, but peaceful fish that will not try to feed on them. Very small fish may be seen as live food, especially if they are very slow, so avoid placing these species together.

It is very important tank mates have the same water requirements to make sure all the fish are at ease and not distressed. 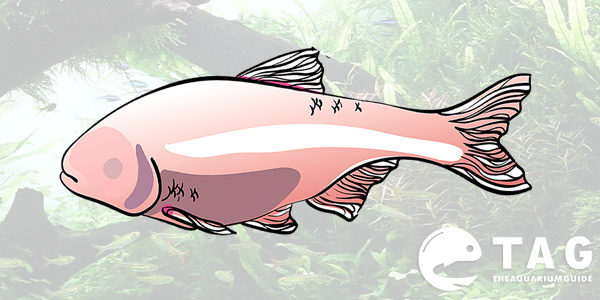 It is easy to breed Blind Cave Tetras, but this should be done in a breeding tank. Place the breeding pair in the tank and begin feeding them high-quality live or frozen foods to supplement nutrients. If healthy and comfortable, they will spawn within a day and adults should be removed from the tank to avoid eggs or fry being eaten.

If not possible to remove the parents, place larger marbles on the tank bottom to allow eggs and fry an inaccessible spot for the adults. The female may lay up to 1000 very white eggs, which will hatch in about 24 hours.

The breeding tank should have a sponge filter to avoid fry being dragged in and killed by other filters.

The Blind Cave Tetra will make a special addition to any aquarium because of their special features including schooling behavior, moderate upkeep, and interesting appearance.