Freshwater fish are sometimes perceived as being monotonous and almost colorless. However, freshwater fish can be as bright and eye-catching as their saltwater relatives, you just have to know what type of freshwater fish to look for.

Here is all the information you need to look for colorful varieties, so let’s dive in! 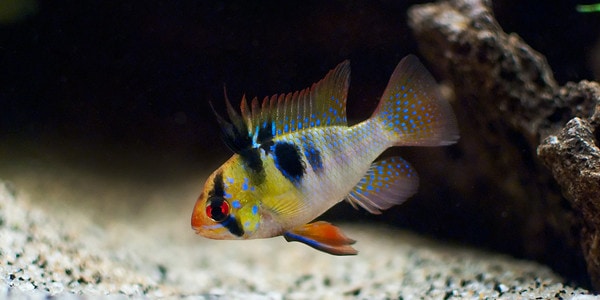 Coming in on the smaller end of the scale and typically a very quiet fish, the German Blue Ram, one of the Cichlid species, is brightly colored to say the least.

They are easily identifiable by their green and yellow body coloring and feature blue dots on their fins.  The telltale sign of a German Blue Ram is the seven dark blue vertical stripes running down the length of their body and a strip running horizontally between the eyes.

The fish also features red markings on their underside, near their eyes, and at the top and bottom of the fins.

With a name like rainbowfish, this one better be colorful!

The front half is typically a blue gray or shade of purple.  The back half is usually reddish orange; dark narrow lines run the length of the body and the fins are orange or white. 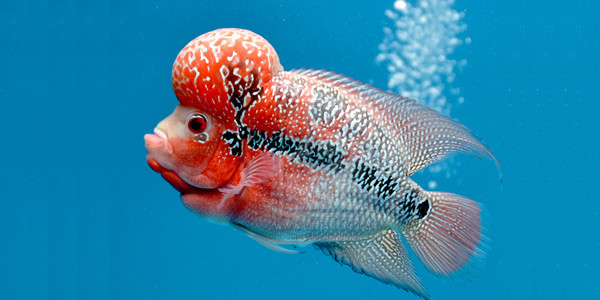 Various American Cichlid species were crossbred to create the Flowerhorn Cichlid.  Farm-raised in the United States, this semi-aggressive breed is notable for its peculiarly shaped head and dark petal shaped markings.

There are many colorful variations to choose from, though the consensus amongst hobbyists is that you can’t go wrong with red.

Unfortunately, this is one fish that can break the bank.  More colorful and distinctive varieties will inevitably cost more than their “plain” counterparts.

One such breed, the Golden Monkey, was sold for hundreds of thousands of dollars at an exhibit in Malaysia in 2009.

Popular amongst Endler enthusiasts, the Endler’s Livebearer (Peoecilia wingei) is sometimes difficult to find in your average pet shop or aquarium supply store.

Some people say they bear a striking resemblance to wild Guppies.  They are typically very colorful, displaying bright, neon patterns that include green, yellow, blue, and even orange.

The Endler’s Livebearers are very peaceful and adaptable.  This is one species that can really go with the flow.  Their small size and low-key approach to aquarium life makes them easy to miss, but their unique coloring will make them the jewel of your tank. 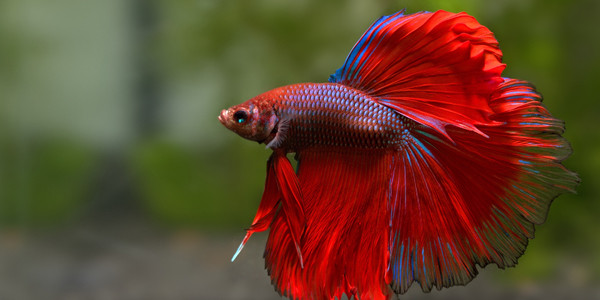 Sometimes referred to as a Siamese Fighting Fish, the Betta is a popular fish known for it’s distinctive fin shape and vibrant colors.  Almost any color can be had, but some of the more popular shades include blue, purple, red, orange, yellow, white, and black.

This species has a relatively long lifespan and are typically easy to care for.  However, you must remember to keep only a single Male Betta in an aquarium at a time.

They are highly aggressive towards other Male Bettas and similarly shaped, small fish. 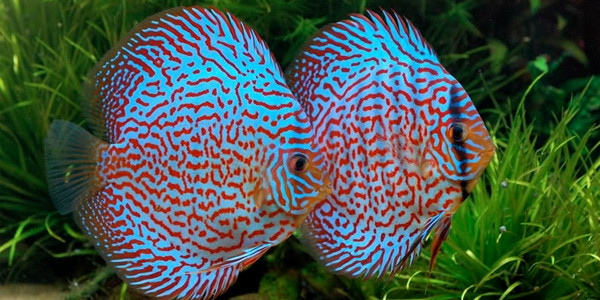 Returning to the Cichlid family, the popular Discus was originally found in the Amazon River Basin, they are another breed of brightly colored fish and a great option for freshwater tanks.  The Discus comes in many shades of red, blue, brown, and orange.

Various colored choices are available, including those with brilliant, all-over colorings as well as monochrome varieties.  You can even get them in solid white!

Certain varieties have been bred for their coloring and shapes, so check out breeders to see if you can choose something more interesting. 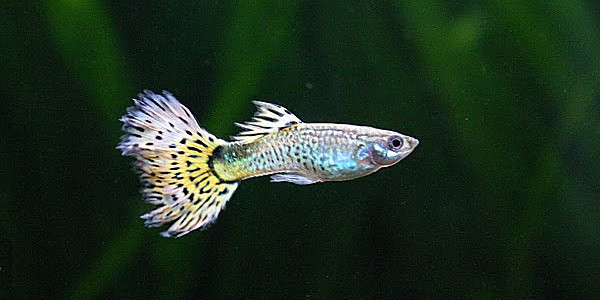 The many varieties of colors and patterns on Fantail Guppies make them a favorite for hobbyists.  The fact that they are good looking pets with relatively low price tags make them all that much more popular.  Many freshwater aquariums are brightened up by the addition of Fantail Guppies.

Here again the available colors span the rainbow.  Fantail Guppies are available in reds, blues, yellows, and even some metallic and white patterns.

If you have any color at all in your aquarium decoration scheme, there’s a good chance you can find a Fantail Guppy that will match or compliment it. 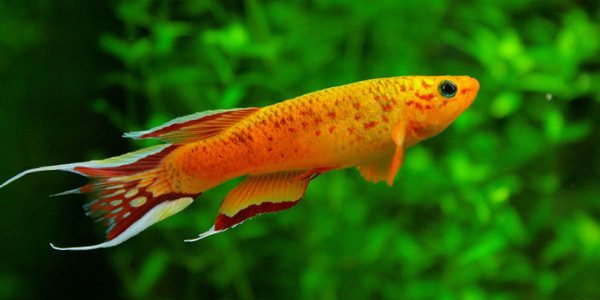 Available throughout North and South America, Asia, Europe, and even Africa, the Killifish are notable for their bright color patterns and relative ease of upkeep.

Unlike some of the brightly colored species listed previously, the Killifish is relatively low key.  Available in combinations of red, blue, and orange, the males of the species are known to have yellow and blue colorings with orange stripes all the way to the tips of their fins.

While they are quite popular amongst hobbyists, they are not always common with pet or aquarium supply stores, so call around before you choose a retailer. 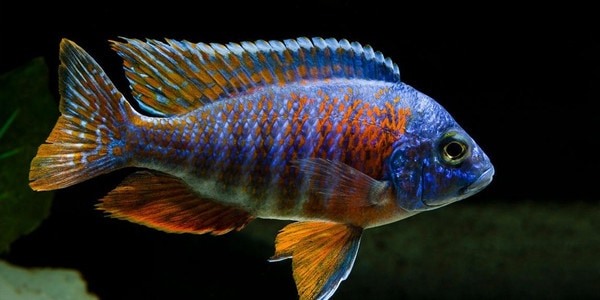 Our final Cichlid is the Peacock.  A peaceful fish that gets along with most any other species, the Peacock Cichlid has been popular with beginners all the way to experts for decades.

Vertical striping is common and dizzyingly vivid colors such as orange, red, yellow, blue, and even gold are easy to find. 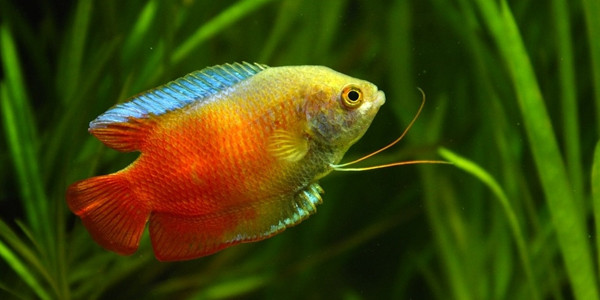 Rounding out the top ten list of most colorful freshwater fish is the Gourami.  Originally found in Asia, India, Korea, and Pakistan, many colorful variations are available.

Some of the more colorful species are the Banded Gourami, the Blue Gourami, and the Red Fire Dwarf Gourami.

It is not uncommon to find remarkable color palettes like gold, neon, blue, and even sunset.  The Gourami is known to be quite active, playfully entertaining, and relatively easy to care for.

They are also renowned for being low maintenance giving you one less thing to worry about.

There you have it…

I’ve shared the 10 most colorful freshwater fish you can have in your aquarium. These fishes will definitely add colors to your tank.

Do you currently have any of these fishes in your tank? How about sharing your experience with us by commenting below.

13 thoughts on “10 Most Colorful Freshwater Fish”