One of the many traits include them making squealing and grunting noises during feeding time.

To consolidate all these interesting facts about goldfish, I’ve created an infographic to share it with you. Hope you will find the infographic below fun and entertaining:

These little critters are actually quite sustainable. They can go for more than three weeks without food! How’s that for a fun goldfish fact? Talk about survival of the fittest, they are little omnivores with a diet that consists of mostly aquatic vegetation, frogs (yes, frogs!), fish eggs and larvae.

Goldfish that are domesticated do well with a diet of pellet food paired with live food to help with their intestinal movement. 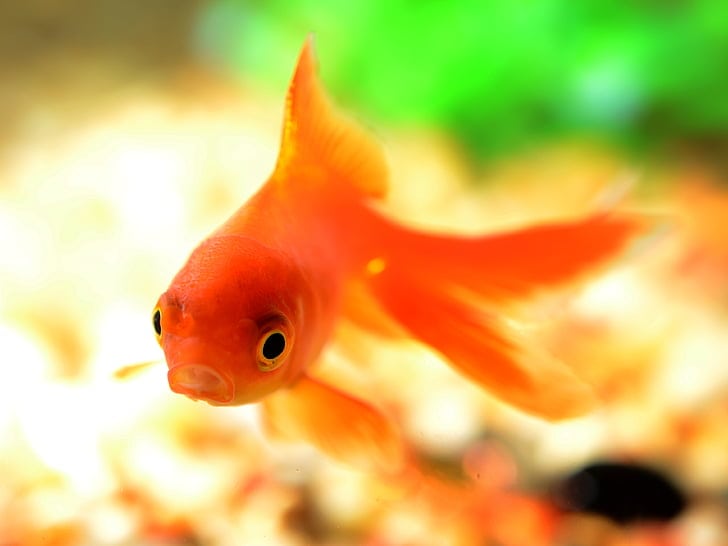 Giving goldfish to someone is a sign of friendship. In some cultures, a goldfish and/or coy fish is a coveted species that mean prosperity and wealth! They are also relatively easy to keep, making them great for kids and adults!

Keeping goldfish in the house in some cultures is good feng shui, bring more luck into your home. This is why goldfish make excellent gifts, they present bringing prosperity to the home of the recipient.

3. They Can Get Pretty Big

You might have thought these are small fish that can get quite plump. Their bulging eyes and head must account for some of their weight too. However, the largest goldfish was as large as a cat! Regular goldfish sizes are around 8-10 inches, so you can imagine how amazing that must be.

Since they symbolize wealth and luck, we assume the bigger the fish, the more luck you get. To grow large goldfish in a small pond, you should pay attention to two things: food and water temperature. They are tropical fish, so warmer temperatures stimulate their growth.

4. They aren’t as Quiet as You Think

These little golden fish are actually quite vocal. They communicate their contentment and other emotions through subtle grunts, purrs, snorts, hoots and hums. This is heard when they’re eating too!

A big reason why goldfish do this is to communicate. Much like you and me we use our vocal chords to talk and your goldfish does so with these cute noises.

5. There are Many Types 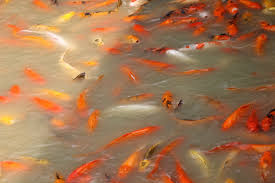 There are hundreds of species of goldfish. Every different bulge, fin shape, color and pair of eyes can mean a different species. Of course, some are more well-known and some are just plain weird-looking.

It is widely agreed that though there are hundreds of different kinds, they fall into 15 different categories.

6. The Males Impress the Females

Have you seen goldfish (or maybe even perhaps your own) develop spots around breeding time? These decorations on their gills are referred to as “breeding stars”. This happens at sexual maturity and it really impresses the ladies!

We believe the more the male grows and the more elaborate he looks, the more handsome he is considered in the fish community. Check out how handsome your goldfish are during mating season.

7. Their Eyes are Always Open 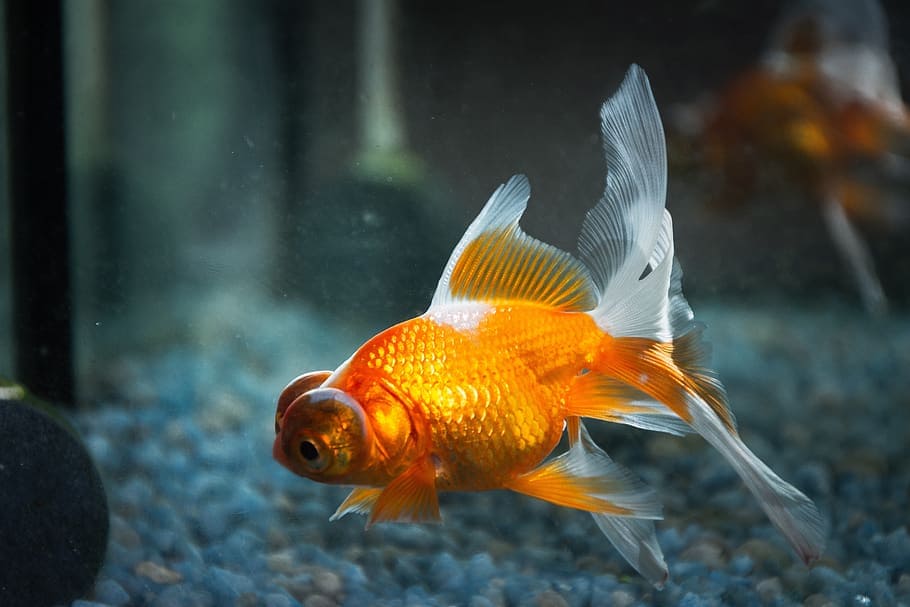 They take keeping one eye open to a whole new level. First of all, they always have two eyes open, and that’s because they don’t have eyelids! Secondly, even when they are exhausted their eyes remain open. They might look kind of creepy floating there in a trance-like state.

I guess their bulging eyes have a good use after all! Goldfish can see a broader color spectrum than we can. In other words, these creatures see more colors and have a brighter and more vivid world.

Our eyes see combinations of 3 primary colors while goldfish can see 4 (the extra one being ultra-violet). There is a reason for this, as they can see in the water better with it.

Yes, they can see more colors but their eyesight is no match for ours! The placement of their eyes (on either side) makes for a blind spot right in front of them. That’s not practical at all.

The answer is no, they can’t really stomach anything because they don’t have one! Goldfish do not have stomachs. Instead, they have one long intestine. The different parts of the said long intestine are responsible for absorbing and digesting the food.

My guess is it’s because they don’t have enough space in their torsos for any more than that.

Have you seen every single monster movie out there? A lot of these slimy crawly worm-like creatures have a ring of teeth at the back of their throats. Perhaps they are based on reality, because the goldfish’s teeth are located in the exact same spot!

Instead of being like other fish and most other animals, their teeth do not protrude from their gums. They sit at the back of their throat, which is where most of the “chewing’’ happens. 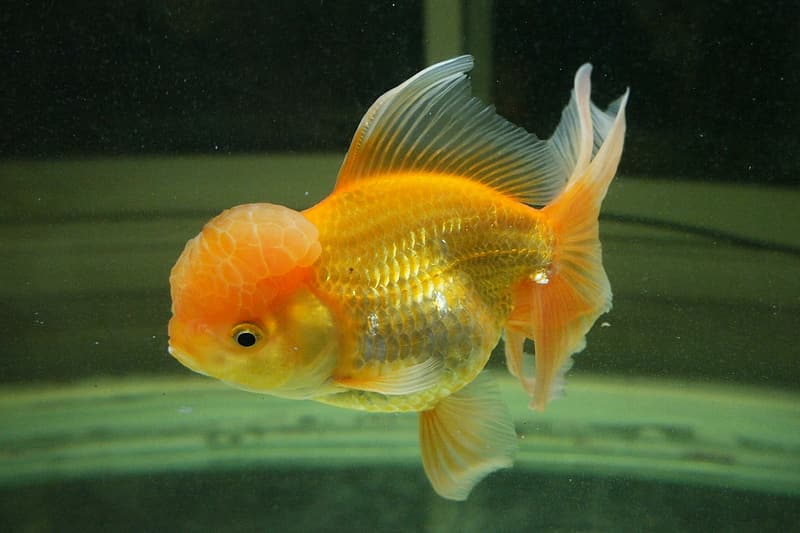 Goldfish need a strong sense of smell as it’s imperative to their survival. They need to search for food through the depths of the waters and their noses lead the way. Our noses are linked to our mouths and respiratory system, but it’s not like that for the goldfish.

Their noses filter water in and out and the particles relay information to the goldfish’s smell receptors. Since their survival depends on their ability to locate food through their noses, one can argue their sense of smell is better than yours or mine!

12. Bears aren’t the Only Hibernators

Goldfish thrive in warmer temperatures and face the harsh winters and freezing weather quite the same way bears do – by hibernating. If your goldfish are kept outside, you need to make sure they get plenty of oxygen.

Make sure the pond doesn’t freeze over in extreme weather, and maintain the pond all year round. These cute little fish do not consume food during this time and just float idling at the bottom of the tank (with their eyes open of course).

You have definitely heard of scatter-brained people being accused of having a goldfish memory. Next time someone makes fun of you or someone you know, you can give them this little tidbit of knowledge: it’s an unfounded accusation.

It’s just not true and is a widely believed myth. We’re not too sure how this accusation came about, but Israeli scientists once conducted an experiment to disprove it.

Just like you would train a dog, they trained the fish to respond to the sound of a bell signaling dinnertime. The fish still remembered this trick five months later after being released into the sea! 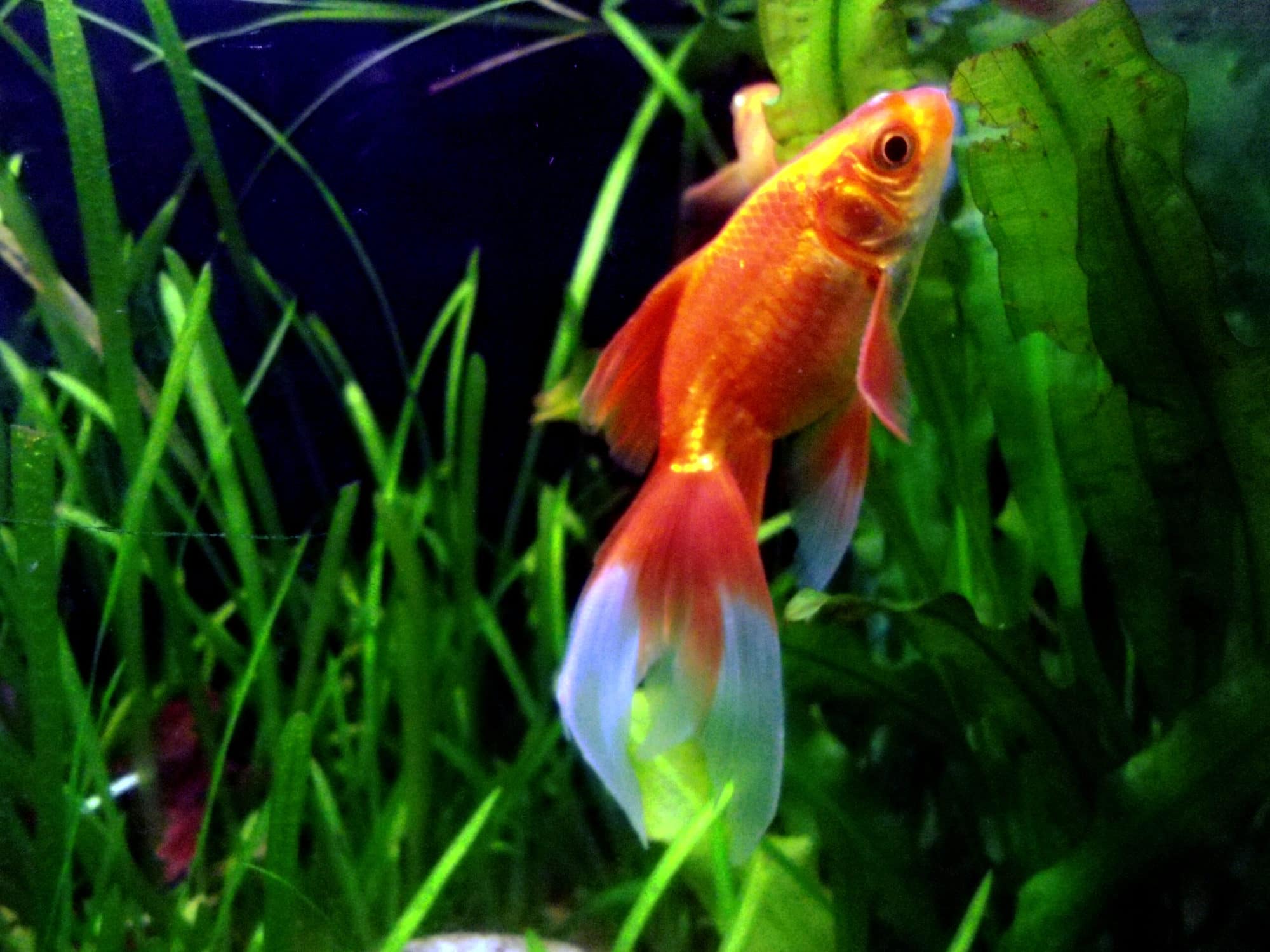 Goldfish adapt well to their environment and turn a ghostly white when sunlight exposure is limited. It sounds quite beautiful and cool but we’re not too sure how healthy that is.

This phenomenon happens because the sunlight is what helps goldfish produce pigments on their skin (scales). Without it, they turn a milky white. Since they have no pigments, these white goldfish are susceptible to UV rays.

Another rumor you may have heard is that goldfish will eat anything that fits into their mouths. In other words, they are not picky eaters in any sense. They believe if it’s small enough to eat, then it must be food.

Unfortunately, this logic also applies to their own eggs and children! If you are thinking about having tank mates for your goldfish, it’s advisable to search for buddies that are much larger in size.

Getting a pet is a big commitment, and although they are less work than dogs, they could outlive you if you get them later in life. Some goldfish have been known to live over 40 years!

Of course, all this depends on proper care for the fish. Factors such as tank mates, tank conditions, water temperature, food, tank maintenance and more can contribute to the lifespan of your floating friend.

17. Can You Guess the Collective Noun? 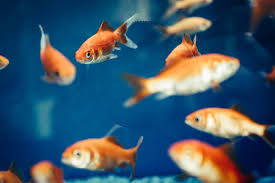 Most people are familiar with the term “school” when it comes to fish. Does anyone know the collective noun for goldfish? We’ll give you a hint, it’s NOT school.

Bonus points for those who already know. Ready for the answer?

The answer is: Troubling. You would say, “a troubling of goldfish”.

It’s cute and makes you think. We wonder if it has anything to do with goldfish being trouble in the tank.

Lots of people have tried to figure out whether or not their pet goldfish recognizes them. Other than NOT having a 3 second memory, goldfish can also recognize shapes, colors and of course, your face!

They have memory that can exceed six months and can recognize their primary caretakers as well as frequent visitors. So don’t be surprised the next time your goldfish gets excited to see you.

You can use their extraordinary abilities to do some training. Teach them how to pick something out of a group, swim through mazes and even play fetch! There are training kits that can be found online. 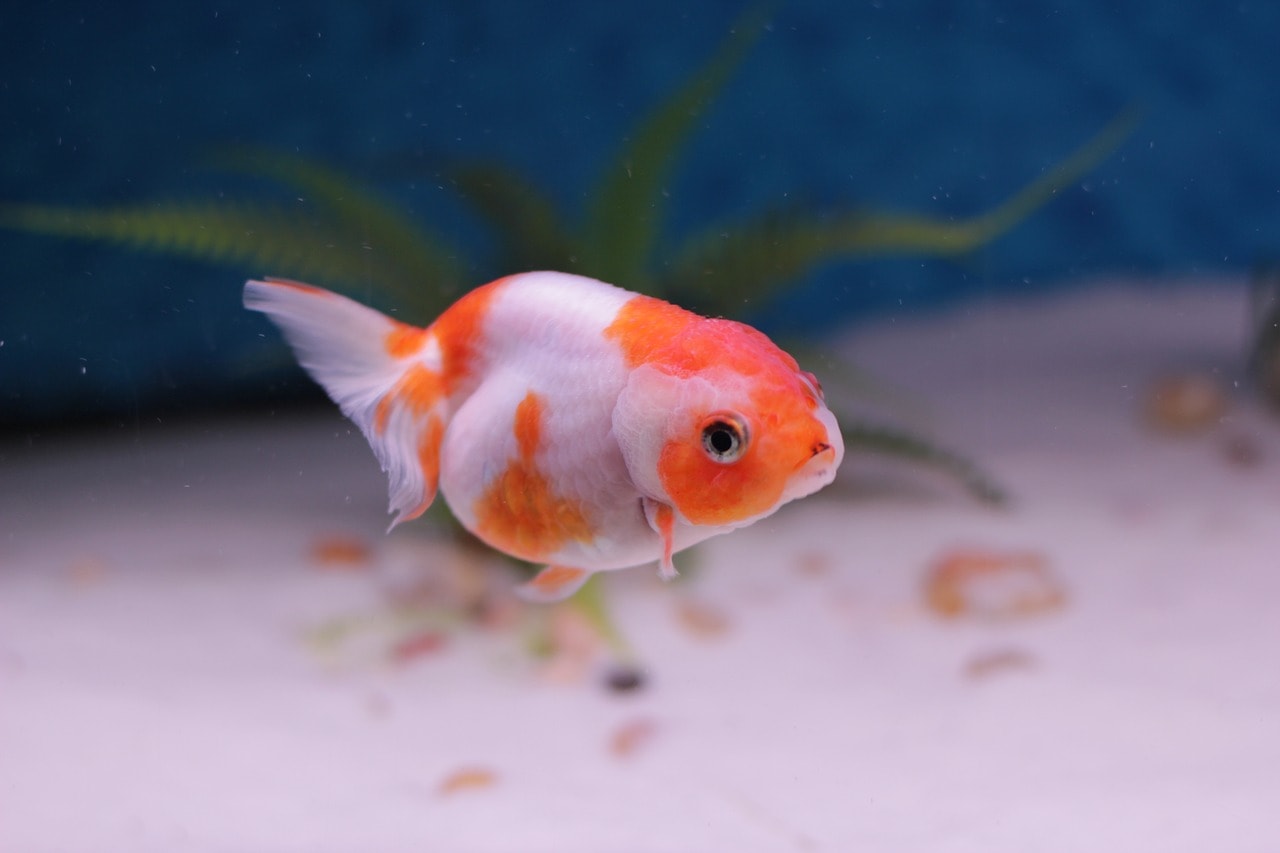 Female goldfish are known to be chubbier and boys are thinner and have longer and more angular pectoral fins. A female’s vent will be more prominent. You can find the vent on the underside of the goldfish.

During mating season, the male will grow breeding stars and that makes it easier to tell. During normal months, you can find white pimply like growths on the male’s gills.

These fish are musically talented. They can recognize different symphonies just like us with regular training.

You can test this on your goldfish. They are easily trained, despite having a sheet of glass between you. A study in Japan  proved that goldfish have the ability to distinguish the difference between the music of Stravinsky and Bach.

I don’t know about you, but I sure can’t. It’s quite impressive how much these fish can learn.

So what have we learned? Goldfish live long, they’re easy to train, they eat anything smaller than their mouths and they hibernate and can change color. Who knew that goldfish, such unassuming little creatures could be so fascinating?

Embed This Infographic On Your Site